Hopefulness in Dementia Care (Part Two) It Depends on How You Look at It. 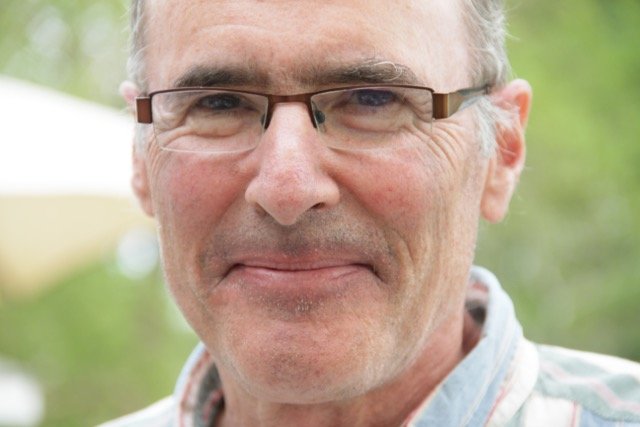 There are serious changes that can occur on the journey of aging, such as dementia. For those who experience this, either directly or in proximity to a loved one, it can be hard to encounter the common belief that nothing can be done for these travellers, except to feed and house them. It can feel like an immediate death sentence, as if the journey is over.

However, this is far from the truth. Medications can now maintain a person’s level of functioning for years. And, even as the disease progresses, environmental and interpersonal interventions can assist you to maintain dignity and communication— long into the disease. No one would dispute that dementia is an insidious and devastating condition. However, need it end my journey or the journey of a loved one, or someone in my care as a fellow traveller? The following examples illustrate the contrast between an outside view of this kind of change and the inside view of aging as a journey to life.

At Christmas some years ago, I went to Montreal to visit my aunt Mary, who was living in a special care home. At one point during the visit, I asked the owner of the home if we could take a photo of my aunt near the Christmas tree in the living room. But near the tree was an older lady sitting in a wheelchair with her head down, working her fingers with some wool that was wrapped around the arm of the wheelchair.

“Oh, just move her away,” said the owner. “She’s crazy and doesn’t know where she is or what she is doing.”

Out of respect for this lady, I approached her and asked if it was okay to move her. When there was no response, we did so. We took our pictures with my aunt and eventually completed our visit. When I was leaving I decided to wish all the residents a Merry Christmas and shake their hands. I approached the woman we had relocated from the tree, offered my hand, and said, “Merry Christmas to you.” She looked up into my eyes and clearly said, “The same to you and to your family.”

I left the home almost in tears and in a moral quandary. I wondered if I should tell the owner that she did not know how to care for these travellers. Will that help, I asked myself, or will it result in worse care for both my aunt and the older person by the tree? This woman was in a setting that made it difficult to find her journey to life with a measure of stillness and peace, as she was being treated from an outside, ageist perspective.

This encounter with the lady by the Christmas tree showed me that when we encounter others in this way—looking at the inside rather than just the outside—our own journey is affirmed by life as well. As the spiritual teacher Jean Vanier once said, you begin by thinking that you are helping others, and you realize later that they are a gift to you.

Early dementia survivors (as opposed to victims) show us how it is possible to find meaning in the face of severe challenges on the journey to life. Here are two further examples:

Bob was a guest lecturer in my Introduction to Gerontology class. After having survived the shock of diagnosis and early problems with medication, he began to volunteer through the local Alzheimer Society and give public talks. He told us that he had never given a public talk until he was diagnosed with the disease. As you can imagine, after listening to this gentleman there was not a dry eye in the room.

The second example is a colleague at St. Thomas University. Leo, until his recent death, was a retired professor emeritus in the philosophy department. He was diagnosed with Alzheimer’s disease. Following his diagnosis, he guest lectured in my gerontology class on two occasions. His favourite story about the disease was that he was able to deny it for quite a while by claiming to be an absent-minded professor. This is both true and an example of the humour he brought to his situation. He eventually wrote a book with his partner about his illness experiences. He said that at first it was incredible, but hard things take time to be fully accepted. He pointed out that we can also have a tendency to save face by keeping silent about unfortunate things that happen to us. We want to keep them hidden, he explained, yet once we accept the truth, there is nothing to hide, and we are free. Leo told me that the diagnosis of Alzheimer’s disease eventually gave him new meaning and purpose in life—to help others deal with the disease through writing, speaking, and being a survivor. Leo was also a student in my Tai Chi class at York Care Centre. This letting go and acceptance brought a measure of stillness to Leo’s life under very challenging circumstances, as it did with Bob.

(This Blog Post is adapted from my book Pathways to Stillness pathwaystostillness.org)

GARY Irwin-Kenyon is founding Chair and Professor, Gerontology Department, St. Thomas University, Fredericton, New Brunswick, Canada. He is a Fellow of the Andrew Norman Institute for Advanced Studies in Gerontology and Geriatrics, University of Southern California. Dr. Irwin-Kenyon is listed in Who’s Who in Canada and the United States. Besides Pathways to Stillness (pathwaystostillness.org), he has authored, co-authored or co-edited six books, including Narrative Gerontology, Storying Later Life, Restorying Your Life, and Ordinary Wisdom. Dr. Irwin-Kenyon is a teacher and practitioner of Tai Chi with more than thirty years experience. He designed a programme, Tai Chi as Narrative Care, which he has been teaching for the past ten years to special groups, including residents in long-term care. He conducts workshops and seminars in Canada, The United States, Europe, and Asia. Dr. Irwin-Kenyon is also an apprentice barista. He resides in St. Andrews by the Sea, New Brunswick, Canada with his wife Liz, where they operate Seahaven, an organic B&B.